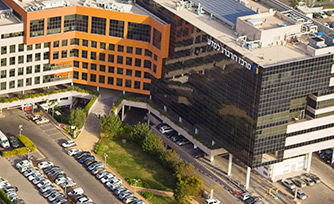 BioView develops, manufactures and markets innovative automated cell imaging and analysis solutions for use in cytology, cytogenetic, pathology clinical and research laboratories.
Operating since 2000, BioView is headquartered in Israel and has a fully owned subsidiary in the Unites States, which is responsible for sales and support in America. Products are also an internationally distributed by Abbott Molecular.

Founded and managed by experts, BioView leverages its knowledge and extensive expertise in the areas of medical devices combined with clinical and research applications, in creating its breakthrough imaging and analysis solutions.

Lead by senior executives with vast accumulated experience in both the development and successful marketing of solutions such as diagnostic equipment with vision applications, BioView remains one step ahead of the game with assay-specific applications ready for use even before the tests reach the market.

BioView’s proprietary imaging, analysis and review technology automatically controls fully motorized fluorescent and bright-field microscopes equipped with high resolution cameras. This automates the review, analysis and reporting processes and reduces laboratories’ turn-around time on labor intensive tests.
BioView’s scanning equipment and imaging & analysis algorithms have been tested and validated by world leading institutes, and have been proven to meet the requirements of both research and clinical laboratories. Its commitment to always meet market trends, support new and emerging tests, and implement the most advanced imaging and optical solutions, while optimizing workflows, reinforces BioView’s position as an industry leader.

Background: Lung cancer is the leading cause of cancer deaths worldwide with a continuously increasing incidence. Despite decades of research, prognosis is still poor – lung cancer patients have 85% chance of death within 5 years. For many patients, successful treatment remains elusive as advanced tumors are often inoperable and may also be resistant to tolerable doses of radiotherapy and chemotherapy. On the other hand, individuals with early stage disease are often cured through surgical resection. This dichotomy in outcome has resulted in a growing effort to design and test new methods for early detection of lung cancer.

Documented genetic abnormalities associated with initiation and progression of lung cancer includes point mutations, allelic loss and methylation of tumor suppressor genes. However, to date, none of these abnormalities have proven successful as biomarkers for early detection or in predicting who will get lung cancer and who might benefit from early intervention. Obstacles to the clinical application of these molecular lesions as biomarkers are many. They include the heterogeneity of lung tumors, infrequency of individual markers in the lung cancer population, remoteness from imminent malignant transformation and the lack of expression in accessible specimens such as sputum.

Sputum cytology plays a limited role in lung cancer screening studies as it has a low yield in detecting lung cancer due to the peripheral nature of many lung cancers, which are mostly adenocarcinomas. However, because sputum collection is a non-invasive test, the development of robust biomarkers that could be tested on cells in sputum that are indicative of the presence of cancer or an increased risk to develop lung cancer, would be highly beneficial.

BioView has acquired the exclusive rights to continue the development and to commercialize a set of FISH (Fluorescent In-Situ Hybridization) genetic probes that were discovered by a leading research group at MD Anderson Cancer Center.

Our DUET™ system for scanning in Bright-Field and fluorescent modes allows the same slide to be scanned twice with two different markers: Morphology marker and FISH biomarker. The coordinates and images of all cells found in the first scan are saved and matched to the fluorescent images of the second scan. Using this technology, the cells are initially classified by their morphology and then analyzed for their FISH pattern.

This novel and unique Target-FISH technique has been previously used to improve the sensitivity and specificity of FISH results. We have successfully applied this technique for multiple myeloma follow-up, other hematology diseases and for bladder cancer recurrence.

Based on the initial positive study from MD Anderson on the genetic markers, our working hypothesis was that applying our Target-FISH method to lung cancer sputum samples could lead to a sensitive non-invasive test for early detection of lung cancer.

Initial Study: Following the initial studies conducted at MD Anderson, we performed a study to validate our methodology. In this study, we blindly tested 33 induced sputum samples: 15 patients with diagnosed lung cancer and 18 healthy non-smoking controls. Lung Cancer samples were analyzed for morphology and FISH alterations using the DUET system and the patented FISH probes prepared in house. Each sample was analyzed using six different methods in order to compare their efficacy. We were able to show high sensitivity (in the range of 90%) in separating the lung cancer patients from the healthy controls.
Phase II Study: In the second phase, we selected the most promising method of analysis and made several technical improvements to the FISH probes. Using this improved approach, we analyzed 140 additional sputum samples. The results were encouraging and exciting, since no reliable non-invasive test has yet been introduced to the scientific community.
Multi-Center Clinical Trial: We then launched a multi-center Clinical Trial, to clinically validate our test that aims to aid the early detection of lung cancer in sputum on subjects having small (0.8-3cm) Solitary Pulmonary Nodules (SPN’s). Results of our non-invasive FISH test were compared to the invasive biopsy results. The interim results show that the BioView LCD test has a sensitivity of >85%, a specificity of >74% and a Positive Predictive Value (PPV) of > 90%. The results of the study were presented at several leading Congresses in 2015 and are being prepared for publication.
Present Status: The LCD test got the CE Mark and is currently being marketed in China as a Laboratory Developed Test through a local Chinese partner. In addition we are working on other regulatory approvals and seeking partners to commercialize the test in certain markets.